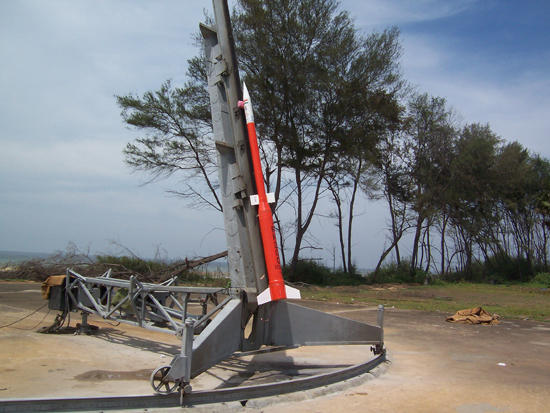 Sounding rockets are usually one or two stage solid propellant rockets. They are primarily intended for probing the upper atmospheric regions using rocket-borne instrumentation. They also serve as platforms for testing prototypes of new components or subsystems intended for use in launch vehicles and satellites. The launch of the first sounding rocket US made ‘Nike Apache’ from Thumba near Thiruvananthapuram, Kerala on November 21, 1963, marked the beginning of the Indian Space Programme. Later days saw launching of two-stage rockets imported from Russia (M-100) and France (Centaure). While M-100 could carry a payload of 70 kg to an altitude of 85 km, the Centaure was capable of reaching 150 km with a payload of approximately 30 kg. In 1970, the Hydrometeorological Services of the USSR signed an agreement with ISRO to launch their meteorological sounding rockets, M-100, every week, from TERLS. This programme continued uninterruptedly till 1993.

In 1967, ISRO started launching a series of our own sounding rockets named Rohini from TERLS. RH-75, with a diameter of 75mm was the first truly Indian sounding rocket, which was followed by RH-100 and RH-125 rockets. The sounding rocket programme was indeed the bedrock on which the edifice of launch vehicle technology was built. The experience gained was of immense value in mastering of solid propellant technology and allied systems of the launch vehicles.Several scientific missions with national and international participation have been conducted using the Rohini sounding rockets.

Currently, operational sounding rockets include three versions namely RH-200, RH-300-Mk-II and RH-560-Mk-III. These cover a payload range of 8 to 100 kg and an apogee range of 80 to 475 km. The details are as given below.